There were 15 faces looking directly at me. They were eager looking faces, and they were all smiling too.

Yet I was feeling anxious.

The smiles of others would normally help me feel more at ease, but on this occasion I was questioning whether these seemingly happy students really needed me to give them a lesson on happiness. . .

They were very happy students

I took four classes in all. Each time once we had discussed amongst ourselves as to what happiness actually might be, addressing the different types, I asked them to anonymously rate their own levels of happiness in life on a scale from 0 to 10.

8.7 was the average over the four classes. There was, as I had thought, real happiness behind those smiles.

They seemed to have all they needed

We moved on to talk about what was important for happiness, and well-being more generally. To help illustrate what might be the most important things I showed them Maslow’s hierarchy of needs. Maslow’s hierarchy of needs, a simple model not without criticisms, suggests that individuals need to fulfil certain universal human needs, ranging from physiological needs through to psychological needs, and finally needs for self-actualisation. In meeting these needs, in an arguably sequential fashion, people find fulfilment. 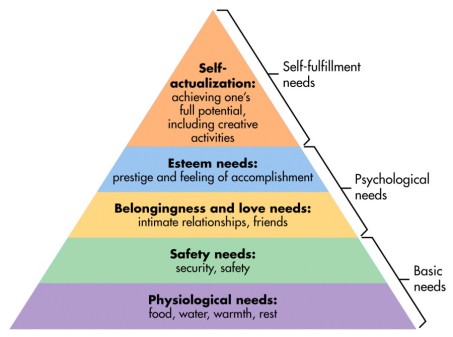 It was quite apparent that the student’s basic and psychological needs were largely being met. In fact, it seemed to me that they were close to the top of that pyramid, and in the process of flourishing as human beings.

I was amazed! I was inspired!

These students, ranging from 16 to 23, were from the island of Sumba, Indonesia. Yet Sumba is not a financially wealthy place. The average income per person is much lower than other parts of Indonesia, and this lack of financial resources might ordinarily make it quite difficult for the people of Sumba to meet their basic needs. However, these students seemed to be in a rather extraordinary situation.

Although Sumba has long remained relatively untouched by tourism, this is likely to change in the coming years. A great deal of land has been bought and developments are slowly beginning. However, one has to question the extent to which mass-tourism can be a part of sustainable development. Not only does mass tourism often place undue stress on the local people and culture, as well as the environment, but often the financial resources that tourism brings are far from equitably distributed.

To make sense of why I was there

Happiness and well-being are also an important part of sustainable development. In many parts of the world there has been pursuit of ever larger economies regardless of the costs to people and planet. This has often taken place under the notion that economic growth is beneficial for happiness and well-being. Indeed, it can be, but only up to a point; that of meeting basic needs. 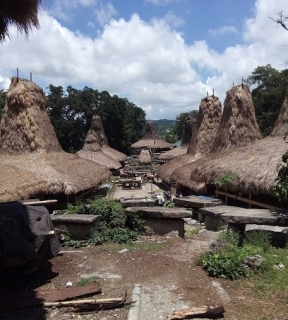 The Foundation looks after its students – basic needs are fully met. The students themselves form a vibrant supportive community, and the school campus and its associated guest houses are in harmony with nature. Thus it is no surprise they are happy. Yet Sumba is not at the point where a larger economy wouldn’t help, and outside of the school meeting basic needs may still present a challenge for many of the students.

My lesson was to therefore highlight the importance of happiness and what contributes to it and why. The hope is that once those basic needs are comfortably met they then don’t lose sight of and sacrifice the more important things in life for endlessly higher incomes, just as many people seem to do. My hope is that the people of Sumba continue their development in their own way that makes them more like Costa Rica, or perhaps even Vietnam, rather than like many rich but largely unsustainably “developed” countries.